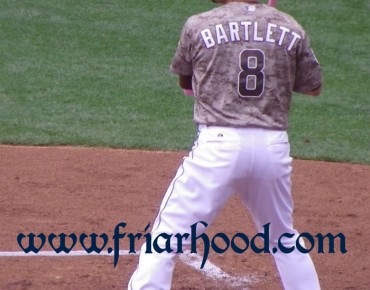 The Padres went into 2012 hoping for a bounce back season from the middle infield, instead production dipped, especially at shortstop. After former GM Jed Hoyer traded away four players and committed $12.5M to Bartlett, hoping he would be a sparkplug and good defender. The Padres said Bartlett had a knee injury and ended up placing him on the DL after just 29 games. Injury or not, JB was not worth putting in the lineup on a daily basis, and only hit .133/.240/.193 in 2012.