The Padres have signed right-hander Freddy Garcia to a minor league contract according to Jerry Crasnick of ESPN (via twitter). 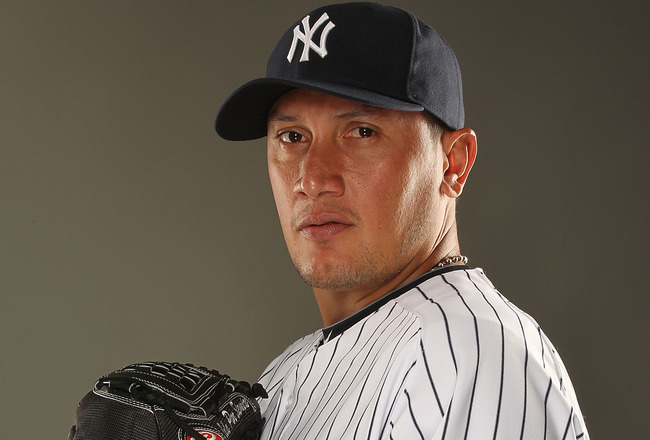 Garcia owns a career line of 4.15 ERA, 6.5 K/9 and 2.8 BB/9 pitching for the Mariners, White Sox, Tigers and Yanees. He had a very brief stint with the Phillies in 2007 starting just 11 games with them. This will be his first time back in the National League since.

Garcia will compete for a rotation spot along side Anthony Bass, Eric Stults, Tyson Ross, Casey Kelly, and the like. Clayton Richard, Edinson Volquez, and Jason Marquis look to have three of the five spots already.