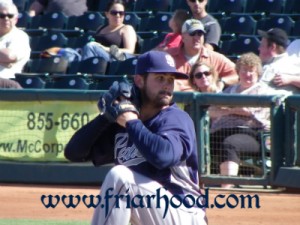 Padres general manager Josh Byrnes during an interview with Mighty 1090 stated that Casey Kelly will have Tommy John surgery, effectively ending his 2012.  Kelly was acquired by then general manager Jed Hoyer with prospects Anthony Rizzo and Reymond Fuentes in exchange for all-star Adrian Gonzalez.  Kelly has be a big disappointment since the trade, struggling at AA in 2011, and having an injury plagued 2012.

The pundits do love Kelly’s makeup and continually put him at the top of prospect lists, his play on the field, just hasn’t caught up with expectations.  Kelly joins top prospect Rymer Liriano (OF), as the second Padres top prospect out for the season with Tommy John surgery.