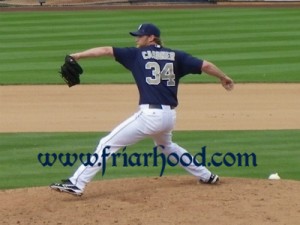 As reported via twitter by Bill Center of the UT, Andrew Cashner suffered a hunting injury. Cashner has surgery on his right thumb and is expected to miss opening day.

Two cents:
Cashner has been one injury after another since arriving in San Diego by way of Chicago. Although Cashner was not a lock for the rotation, he was being counted on to compete for a spot and has the best “stuff” of anyone on the staff.

Cashner will now join Cory Luebke and Joe Wieland on the DL to start the season.