Just when you thought the big offseason signings were done, the Padres knock you out of bed with another one. The San Diego Padres have reportedly signed All-Star RHP ...Full Article 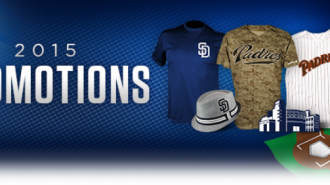 Earlier this week the Padres unveiled their 2015 Promotional schedule – you know promos. The cool stuff you get in addition to going to watch a great game downtown? ...Full Article

The San Diego Padres have extended invitations to 18 players to join the club for Spring Training in Arizona next month. Among those 18 players invited outside of the ...Full Article 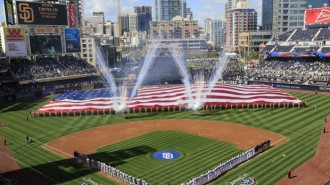 It’s been almost 23 years since the phrase “All-Star Game” was said with any legitimate purpose in San Diego, but you can never be too late when it comes ...Full Article

…But wait, there’s more! The San Diego Padres have reportedly acquired Thirdbaseman Will Middlebrooks from the Boston Red Sox in exchange for recently acquired catcher Ryan Hanigan. The report ...Full Article
« Previous   1 2 3 4 5 6 7 8 9 10 ... 18 19   Next »
The Friarhood Sponsors