Southpaw Cory Luebke hasn’t been on a big league mound since April of 2012, and it appears that he may not be on one again until 2015. The left-handed ace, who received a three-year contract extension worth $12 million back during Spring Training of 2012, had an MRI on his left elbow last Friday the […]Full Article 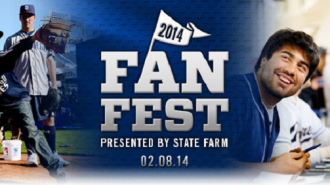 With just a little over 8 days to spare, the Padres released tentative information regarding next Saturday’s FanFest event today. The basic events and forums that fans experienced in ...Full Article

The Padres announced today that the team has come to terms with 5 of its players that were on the block for arbitration. Pitchers Tyson Ross and Ian Kennedy, ...Full Article

Following the Chicago Cubs announcement naming Rick Renteria as their new field Manager, the Padres had a vacancy for the position of Bench Coach. Replacing the old bench coach ...Full Article

Things have been going well for Padres prospect Tommy Medica following Sunday night’s victory where the San Antonio Missions moved onto the Double-A Texas League Championship. Even better than ...Full Article
« Previous   1 2 3 4 5 6 7 8 9 10 ... 18 19   Next »
The Friarhood Sponsors