Chase Headley to Miss Next 30 Days 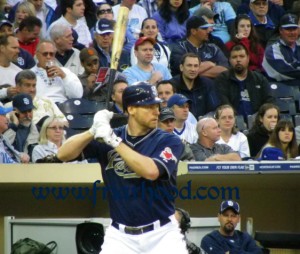 Padres fans will get an early taste of the Padres lineup minus Chase Headley.  Scott Bair of the AP reported earlier today via twitter:

Chase Headley has fractured the tip of his thumb. He’s going to miss a month. Won’t require surgery

This is a huge setback for the Padres, who already lack offensive punch.  Headley coming off his best season in the majors finished 5th in the National League MVP vote.  The good news?  The Padres have plenty of young bucks that can handle the hot corner until Headley is healthy.  The bad news?  Most of them are injured as well.  Currently, the Padres have four candidates to cover the hot corner

As I’ve stated in the video above, the worst thing the Padres could do was sit on Chase Headley, whose trade value could only go backwards.  Trade him or extend him, but don’t go into the season and just sit on him.  Ironically, now Headley will be out the first two weeks of the season.