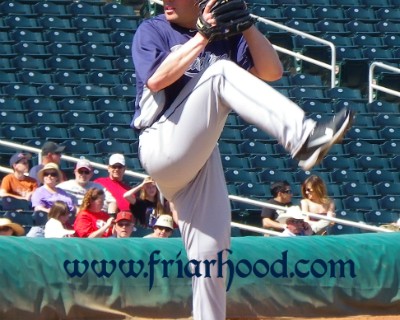 Clayton Richard has elected free agency after clearing waivers.  The Padres are loaded with arms at the AAA and major league levels right now, which makes this seem like a good move for both sides.  Richard was a non-tender candidate for 2014 heading into 2013 based on his $5.24MM salary (5th highest paid player) and with the arbitration rules as they are, would have been in line for a raise despite his rough 2013.

The last remaining piece from the Jake Peavy trade, Richard spent five seasons in San Diego posting a 40-39 record with 4.16 ERA.  In 2012 Richard was vote the Padres Pitcher of the Year by the local writers association despite leading the NL in hits and HR allowed.  2010 was Richard’s best season as a friar, posting a 14-9 record.