Join the Congregation!|Tuesday, April 20, 2021
You are here: Home » Uncategorized » Could the Padres and Rays Make Another Trade?

Could the Padres and Rays Make Another Trade? 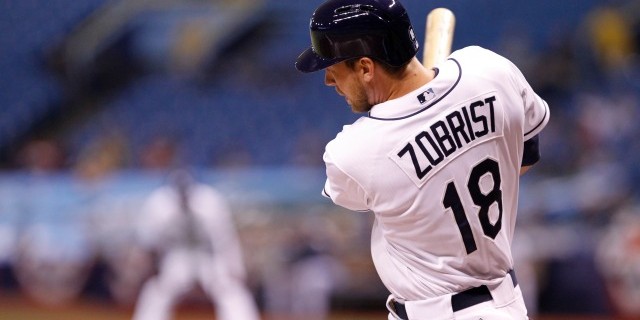 The Rays have just signed SS/3B Asdrubal Cabrera, and as Ken Rosenthal reports “They are open to trading Zobrist and/or Yunel Escobar”.  The Padres currently have super utility man Alexi Amarista slated to start at SS, but could use an upgrade.

Escobar’s contract is not as team friendly.  He’s owed $12MM over the next two seasons with a $7MM team option in 2017 with a $1MM buyout.  Not always known as the most clubhouse friendly guy, Escobar provides a solid glove, while hitting .258/.324/.340