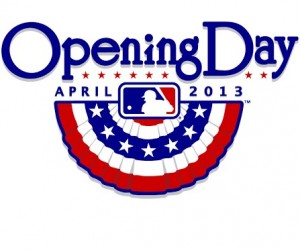 Well the first week of the 2013 baseball season has come to a close and oooh boy has it not been pretty for the Padres. The Padres hitting the first week is a gut-punch like .204/.259/.286 and I’ll just spare the statistical horridness of the Padres rotation (minus Stults). We all know how bad it is, we’ve watched. It seems like after the first week, everyone is already seriously lamenting and most likely thoughts of “well we’re already out of contention” Even yours truly thought that we were contending with the Astros for that sweet #1 draft pick already.

Don’t Panic! It’s not good for you.

First of all panicking leads to heightened stress, sleepless nights, weight gain, dependence on substances, and if it gets really bad, trips to the hospital. Still panicking? Okay, let me try a three step program to soothe your distraught baseball mind.

Three step program to being happy! 🙂

First Step: Let us get the obvious one out of the way. It is just the first week of baseball! An entire season can’t be summed up in the first six games. This is probably the biggest item so write this one down. Quiz later.
Second Step: The Padres Plague has already claimed some of our notable hitters, namely Chase Headley, Yasmani Grandal, and Logan Forsythe. We know what Chase has done in 2012 but Logan isn’t too shabby either. In 2012 he hit .273/.343/.390 in 315 AB and he can play 2B, 3B, and SS. Having to replace Headley and Forsythe for Alexi Amarista, who didn’t exactly bring fear to pitchers in 2012 to the tune of .240/.282/.385, and Cody Ransom, who is just an infield (and lesser) version of Mark Kotsay, and well you start to get the idea. Any team losing three of its more decent hitters will definitely feel the crunch.
Third Step: Jedd Gyorko! The sacrificing of one year of Gyorko control seems to be returning some dividends. Hitting .261/.292/.391 thus far. Already NL Rookie of the Year chants have been started. I’m not going to go that far just yet but he is hitting the ball!

Ever since 2010, April has not been a kind month to the Padres. You’d think after a month of preseason to work out the winter rust would lead right into the season but the Padres seem to stumble out of the blocks. But the rough and tumble April start has lead towards a more productive May. This season will feature the return of Headley, Forsythe, and Grandal by May 31. Bring on the May flowers (or runs).

Yeah that rotation. I’m not going to sugar coat it for you. It’s pretty bad. But we’re not here to focus on the negative! Eric Stults was pretty impressive for us in 2012 by way of 92.1 IP 2.92 ERA 3.6 BB9 12.6 SO9 and his 2013 start went off very well going five innings of ZERO run ball. Should Stults stay being Stults, we can look forward to the return of Cory Luebke closer to mid-June at the earliest but closer to the All Star Break more reasonable. Now the rotation will feature two good starters!

We’ve been here before.

Remember how the beginning of the year was utterly horrid and the Padres got better as the year progressed? A theme for San Diego sports seems to be “slow start”. Be the turtle, not the hare. San Diego’s other sport that is played in Mission Valley has a history of slow starts so we’re used to this! It’s old hat. Sure, we all want the Padres to do well the whole year but it’s about the marathon not the sprint, if I may get a little cliché here. Besides, I think we would all much rather the Padres peak in September than June.

I hope you are feeling better now.