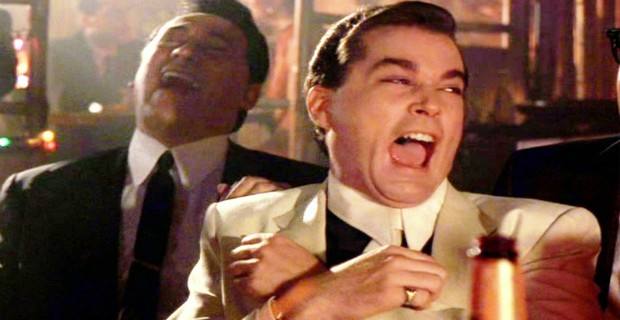 Embarrassing.  Just embarrassing.  A blog post cannot express all the emotions that go with being a fan of one of the worst, if not THE worst run sports organizations in professional sports, but I’ll try.

I was concerned when Mike Dee came over from Miami.  Dolphins fans were celebrating that he was leaving.  Not a great sign.  My first meeting with Dee came shortly after his new role was announced with the Padres at the Luke Gregerson Charity Poker Tournament.  A mutual friend introduced us…  Dee couldn’t care less.  He wouldn’t make eye contact, and was very short.  I gave up after a few attempts to engage him and thought to myself..  This man isn’t trustworthy, and has no interest in getting to know me, what I’m about, or what I do as it relates to the Padres.  That’s unfortunate.

I cannot say that I’ve been any less interested in Padres baseball than I am currently.  I’d like to congratulate Mike Dee on an exceptional job of embarrassing the fan base, and the city over and over and over and over and alienating even the most devout fans.  Terrible hires, public pissing contests, whoring out Petco, etc.  This man has done not only a great job of turning a bad franchise worse, he’s managed to embarrass Padres fans in the process.  Ron Fowler can bitch all he wants publicly, but at the end of the day, he’s the one that hired his buddy, Dee to drive this team into the ground.

Dee has made me ask myself… Why am I even a Padres fan?

Open call for a new PA – The concept could have been worse, but not the execution.  Herding people like cattle and closing the auditions hours early.  All in the name of some free publicity.  Was it rigged…?

Johnny Baseball – I find it easy to judge a persons character based on the company they keep.  Dee let his man crush on Manziel get a little too serious.  Demanding that then GM Josh Byrnes select Manziel, which then resulted in a pissing contest that led to the firing of the general manager and setting the franchise back years.  The Padres are paying $124MM for the 2016 team… $124,000,000!  The farm system is in the bottom third again, and hope internally is years away.  I’m not going to say that Byrnes was the best ever, but the guy knew how to draft and develop, even being handcuffed by management.  Dee’s guy, Preller, the GM Rockstar has not lived up to the billing.  The Padres became the Phillies overnight, without any Championships to show for the bloated payroll and hopeless results.

Selig Plaza – Dee spat directly into the faces of Padres fans with this one. A great indication that not only is he out of touch with the fans, he doesn’t care what they think or how they feel.  We even started a drive to have it removed.  1000 signatures in 24 hours, and the Padres ignored it.  Not surprised.

Cronies – It’s all about who you know..  Then again, that’s how Dee got the job in the first place. Are they qualified, did HR follow California law when hiring?  High doubtful, and I’m sure Dee doesn’t care about those things.  He wants to surround himself with yes men.  Help inflate the man’s ego and you can stay around.  Give some push back and it’s time for you to go.  Padres philosophy, you’re either with us, or your against us.  No middle ground with this crowd.

Moving of the retired numbers – Nothing has cut deeper than this.  This itself is a prime example of how Mike Dee has no clue what he’s doing.  How do you take the most meaningful pieces of the teams history and move them?  Money!

Because Mike Dee is a greedy, selfish, shell of a person, that would sell ad space on his head if the price was right.

We all know this team is terrible.  Preller has shown no ability to put together a competitive major league roster, while gutting a promising farm system in the process.  The team went cheap in the draft, again.  Dee has made one of the most beautiful parks in baseball into a giant billboard, and city was embarrassed once again just a few weeks ago with the mens gay choir fumble.  The Padres held season ticket holders hostage for All-Star game tickets, meanwhile they put a AAA product on the field.

For the record, I’m a big fan of Ron Fowler.  However, the Dee hiring is on him.  Fowler and the ownership group may not listen today, but one thing he will pay attention to is how radio and TV partners complain because of the ratings drop this year, and how large the mass exodus will be when season ticket holders realize that this team is going no where fast and is not worth the price of inflated tickets that were raised based on unfulfilled promises by a man that is nothing more than a glorified advertising salesman.