Join the Congregation!|Tuesday, June 22, 2021
You are here: Home » 2013 » Fans Have Mixed Reactions As Opening Day Approaches 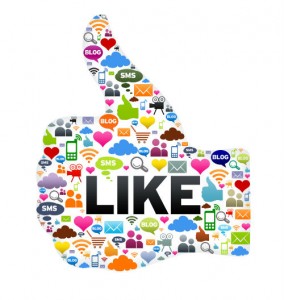 The combination of a 4th place finish and a very quiet off-season has left Padres fans divided.  As the founder of this website, it is frustrating that the fan base is so down on the season, but I can’t blame them.  Bad trades, questionable moves, injuries, and watching the Dodgers and Giants continue to separate have taken a toll on the fan base.

The biggest headlines this season:

On the eve of opening day, one would expect the majority of the fan base to put the angst aside for pure love of the game, but that doesn’t seem to be the case. I wish this post was about how excited the fan base is, and how we can’t wait for first pitch tomorrow.  After the last week of watching fans comments, I posted a very informal survey via social media.  The reactions you see below is the response an hour after posing the question:

“Do you find yourself less excited for this season? If so, why?”

On this Sunday it appears our Facebook community is the more optimistic groups or as some people would call them “pom pom” fans.

Christina Goossens – I can’t say I am less excited. It’s baseball season my favorite season of the year. With that being said I have come to accept minimal to no roster moves while every other NL West teams gives there fans something to be excited for. Im not expecting multi million dollar moves but just something to hang my hat on. I just wish I could be more excited for the team and less for baseball.

Jeffrey Skipper – yes because ownership did nothing they said same injury prone players got new deals!!!!!

Christopher Velasco – Nope I’m excited for this season this season is going to be very interesting with the fences moved in the Padres look ready to be a NL West contender
Dan Ignosci  – Emotionally I will always be a Padre fan but I am determined that i will not financially contribute to fill the ownerships pockets until they reach into theirs first. The over promising and under delivering has been going on for about a decade, through several ownership groups. If data said ownership was scraping by given their decisions, I would be more supportive but this is not the case.
Harvey Doncev  – I will always root for the Pads. Forever. But when you know they are fighting with swords and everyone else has assault rifles, how excited can one really be?
Roman Ortiz – Because nothing ever changes with this team but the uniforms… Padre owners think we are sheep…baaaaaa. .smh..

because the organization does not place an emphasis On winning a championship. What is the mission of this team? – @ThisisRJT

Last I checked it’s the same team as last year.Haven’t you already seen this movie before – @tpowell619

yes super less excited, no free agents as always so the @Padres will try to finish in third place max!…no bueno, no playoffs! – @jp21

Why would I not be excited? I’m always looking forward to baseball! #GoPadres – @AlexKoeppel

@FoxSportsSDmay take away Ducks games to watch the AAA @Padresgames. at the least they should pay Matt to come back.#NoDick – @grayt1224

more excited because of Gyorko. – @scottcolson

I’m still super excited but more discouraged this year than previous years because of the roster. – @stevegunderson5

In all my years as a Padres fan, I can’t remember a season the fans lacked enthusiasm as they do now.  Fans do come in all shapes and attitudes.  Super positive pom pom fan, always negative it’s never good enough fan, sarcastic bitter fan, it is what it is fan, you get the picture.  At the end of the day fans want a product they can invest in emotionally and financially and feel as though they will get a return on this investment.  Will the Padres be able to do that?  Looks like most of the fans don’t think so.

As always you are encouraged to leave your comments below.  How do you feel about the 2013 Padres?