Five Good Things: “No Sweep For You” Edition

One out of three isn’t bad, right? When it comes to preventing a sweep by the Dodgers, that statement rings true as our boys beat 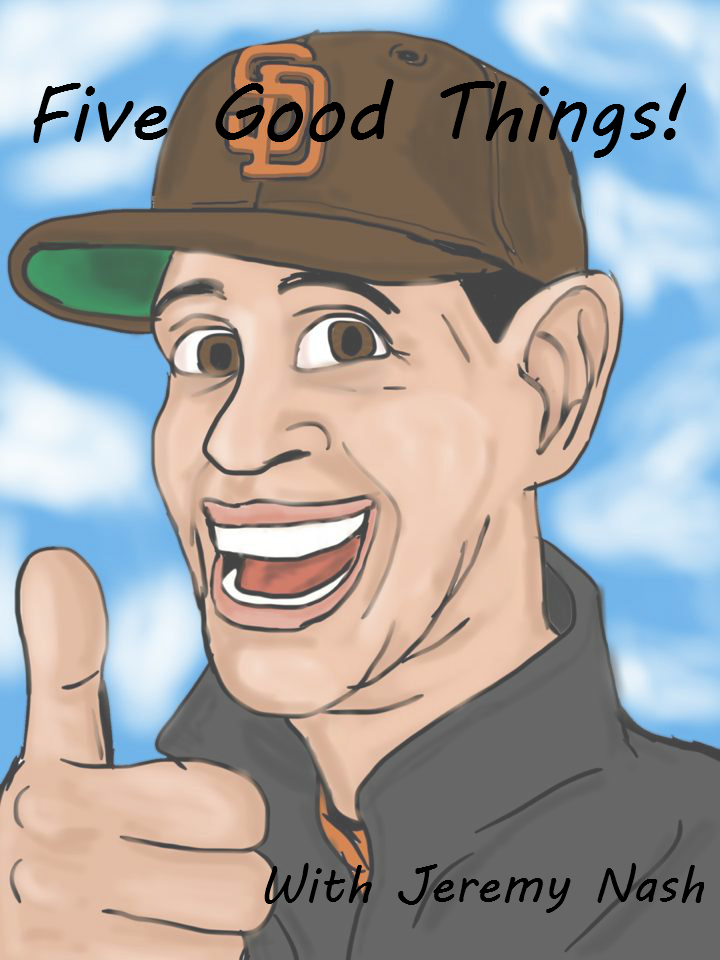 Clayton Kershaw to prevent falling back into last place. Cam Maybin will return to the lineup today as the Padres head to a three game series in Colorado. Below are five good things in from the series in L.A.

Eric Stults took the hill and pitched another gem that unfortunately resulted in a loss. He went seven whole innings allowing only two runs on six hits. He struck out three but walked zero batters for his second straight start. Unfortunately he gave up two solo homeruns which was enough to lose as the Padres managed to only push one runner across the plate in a 2-1 loss.

Carlos played in Chavez Ravine for the first time since injuring Dodgers starter Zack Grienke in San Diego on April 11th. After sitting the first game with shoulder soreness from crashing into the wall Sunday night, Quentin had two singles and a homerun in Tuesday’s 9-7 loss. He also had a hit and walk in five plate appearances, scoring a run in Wednesday night’s win. After floundering under .200 most of the year, Carlos has raised his average to .244 and climbing.

Like Quentin, Jesus started the final two games of the year and his contribution was immense. Jesus had two multi-hit games, doubling in each. He went three for four with an RBI and run scored in Wednesday’s win. His production in the last week, including his game-winning RBI in Friday’s walk-off win in 11 innings, has earned him a stay on the team when the front office chose to keep his right handed bat off the bench when they sent down Kyle Blanks to AAA to make room for Maybin.

Cabby has been playing like there is no tomorrow, with multi-hit games in all three contests including three hits Wednesday. He stole two bases on Monday and one in the next two games to raise his MLB leading total to 25, helping him join Luke Gregerson as the front-runners to represent the Padres in this year’s All-Star Game.

Saves are nice, easy wins are way better and the Padres gave themselves one of those when the added on three runs in the ninth to their slim 3-2 lead. They loaded the bases on a single and two walks by Cabrera, Chase Headley and Quentin. Jedd Gyorko then hit a sac fly to make it 4-2. Back to back singles by Blanks and Will Venable added another run before Yasmani Grandal hit a deep fly ball for another sac-fly to give the Friars a comfortable 6-2 lead and win.

So there you have it, five good things that came out of a series that the Padres could’ve easily won had a couple things gone differently. They will face the Rockies in a four game series starting tonight at Coors Field, giving the Friars a chance to climb the divisional ladder. As always be social and use the hashtag #friarsidechat if you follow the game on Twitter.