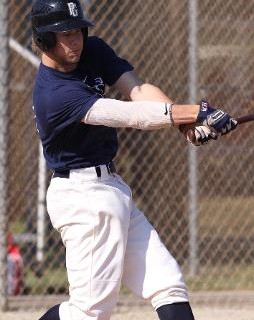 Baseball America (BA) has been ranking the top prospects in each minor league since 1982. Every year, they talk to managers and scouts to determine which players in each league they believe have a future as a big league contributor some day.

Earlier today, BA released their list of the “Arizona League Top 20 Prospects.” The list contains at least one player from nine different major league teams, including four from the San Diego Padres organization. The only other organization to have four players on the list is that of the Texas Rangers. Also worth noting, both the Arizona Diamondbacks and the San Francisco Giants had three players on the list as well.

Ranked third overall on the list is Padres shortstop Franchy Cordero. He is a left-handed batter, and according to Baseball-Reference.com, is listed at 6’3”, 175 lbs. This past season, Cordero had a slash line of .333/.381/.511 through 35 games with four doubles, six triples, and three home runs in 141 at-bats. He was also 11-for-11 on stolen base attempts. He just turned 19-years-old earlier this month.

Last to appear on the list for the Padres, and 17th overall, is right-handed pitcher Adrian De Horta. He is listed at 6’3”, 185 lbs. This season, he had a 4.06 ERA through 11 starts and one relief appearance, with 40 strikeouts and a .241 opponents’ batting average in 31 innings pitched. He turns 19 next March.

If you would like to look at the entire list yourself, the link is right here. This was just the first prospect list in a series of many to come by BA. Over the next couple weeks or so, they will cover all the minor leagues, and if any other Padres are mentioned, we’ll be sure to let you know.