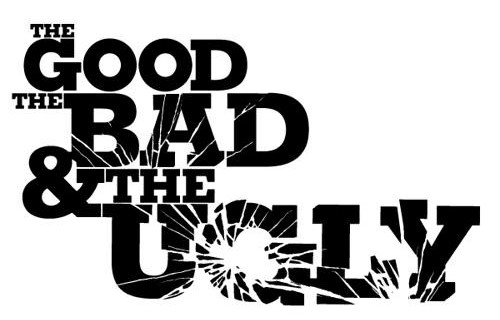 Today’s Good, Bad, and Ugly is sponsored by East Village Tavern+Bowl.  Congregation members receive *15% off your tab along with free bowling shoes when flashing the Friarhood membership card.

Edinson Volquez – 6IP, 8H, 2ER, 3BB, 3K.  Not a stellar night, but he was getting squeezed and still found a way to escape.  His best outing of the year.

Jesus Guzman – 2-4, double.  Guzman has raised his average 100 points this week, while also proving he’s an AL player with his glove.

Chase Headley – 1-3, HR, 2RBI.  All the talk of how the Padres missed Headley’s intangibles is only adding fuel to the fire for those that believe the Padres should keep him long term.

#friarsidechat – We tried out a new hashtag for those that tweet about the Padres game.  We had 34 tweeps use the hashtag during the game.  Not bad for a first night.

Yonder Alonso – 0-4 3K.  I realize the Padres are limited with injuries, but playing Guzman at 1B, and Amarista in the OF may have made a difference tonight.  No shame in a day off vs. tough lefties.

Jedd Gyorko – 0-3 2K.  We are 16-games into this young season and the rookie is now hitting .224.  I still think he will come on and be a ROY candidate, but it appears giving up 2019, to have Gyorko for one month in 2013 is just another blunder from the front office.

Strikeouts – 14 strikeouts for the friars tonight.  In a pitchers park like AT&T, you have to put the ball in play.  It’s not as though you are in Colorado and you are swinging for the fences.

*This offer will not be valid in addition to other promotions or daily specials.