Goodbye to the Jungle 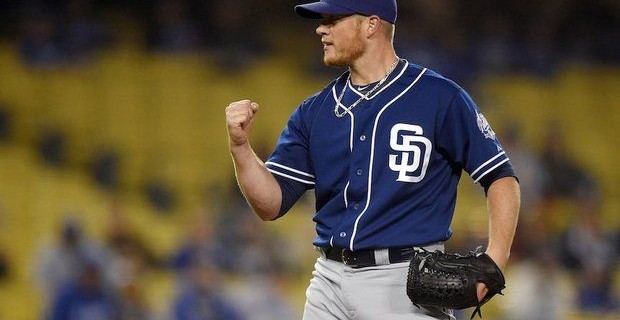 It’s all part of the plan.
-The Joker

The Padres said “goodbye” to Craig Kimbrel. Or, to put it another way, the Padres traded a major-league player for a bunch of prospects. Stop me if you’ve heard this before. Except, we haven’t.

This is not the Mat Latos deal. It is not the Adrian Gonzalez deal. This is something else, entirely.

The Padres are not the same organization of the Moores/Moorad/Moores era. At the very least, they have a general idea of the direction they are going.

The Kimbrel and Benoit deals both serve two purposes. The first is obvious: clear payroll. The savings between the 2 of them will be around $20 million this year, and in the case of Kimbrel, much more in the future. That is objective #1, give the payroll some flexibility. As of this writing, it does not appear the Padres will be eating any of the contracts of either so we can safely say this goal was achieved.

Secondly, it would be beneficial to at least get something in return for these players. I am certainly not an expert on the farm systems of the Mariners or Red Sox, but I know how to read.  Most experts seem to think the Padres got more than fair value in return.  You can read reports of these players on your own, but I can summarize by saying the Padres are getting a pair of top 100 prospects as well a few depth players and 2 pitchers with a ton of upside. If even one of these six prospects pays dividends, which seems at least somewhat likely, you can check off box number two.

Finally, one must ask if the Padres have internal candidates to fill those 2 roles. Brandon Maurer could have the make-up of a closer, and a diminished innings load could help preserve his arm. Shawn Kelley was very good until he got hurt. I’m not sure if Kevin Quackenbush can be a late-innings reliever, but he at least has the stuff to give it a shot. There are possibilities here, as well as the opportunity for the team to grab a cheaper, external option.

Don’t get me wrong, I loved Kimbrel.  The entrance was neat.  His stuff was nasty.  But he just had his worst season in the big leagues and it is at least possible his career has peaked.  I’ll miss him, but the team will likely win more games without him.  I’ll also add that I can now get my Kimbrel jersey for cheaper.  Or maybe I’ll get an Upton.  Maybe both!

I realize I’m not offering any serious new insight. I’m not a scout. All I can say is, this is a really good first step to the off-season. It gives me comfort believing this organization has a plan, even if it is not evident to everyone. I still have faith in AJ Preller. The guy swung and missed last year, let’s at least give him some more time before we break out the torches and pitchforks.