Hitter/pitcher of the month: May 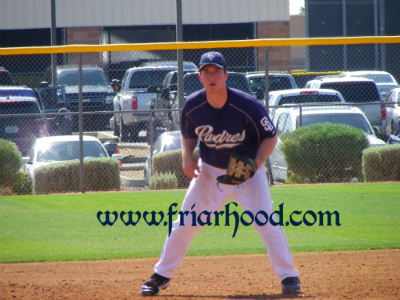 The learning curve may not be as steep for some as it is for others.  The rookie used April to figure out Major League pitching because he owned May.  Not only did the kid collect his first 6 Big League Home Runs, but the 24-year-old made Petco Park his playground by leading the team in each triple-slash category at home so far this year.  Any his Home Runs aren’t scraping any walls, either.  Gyorko already has a couple 400+ shots to go with 6 doubles and a 20 runs in May.  As is often the case with first-year players he needs to cut down on his strikeout/walk rate (2.75/1) but he is coming along quite nicely.  More months like this and he will force the national media to at least put him in the Rookie of the Year discussion.

It is not easy to pick against the pitcher who posted a perfect month.  But what Jason Marquis was able to do while posting a 4-0 record is not as impressive as what Stults did just to make it to .500.  4 of Stults’ 6 starts in the month qualified as “quality” but only produced 2 wins.  The only 2 non-quality starts ended up as losses.  Even so, the lefty made his last start of the month one of the best of his career in an 8-inning/12-strikeout performance against Seattle (in which he was not the pitcher of record).  It is remarkable Stults is getting as many outs as he is, because he isn’t missing many bats: 6.41 K/9 is not usually good enough.  One way Stults is surviving is by keeping the ball in the yard.  By only allowing 1 home run during May, he allowed 25% of the totals of Huston Street and Burch Smith: two pitchers who, combined, logged less than half the number of innings as Stults.  There’s something to be said for working down in the zone.