Here’s a new digital sketch I did of Padres top draft pick Hunter Renfroe. It’s from a photo of him rounding second in his pro debut. I used the procreate app on iPad utilizing primarily the shading graphite and 6B brushes.
I really dig the Eugene Emeralds new uniforms. The loud greens somehow work and we all love a good Squatch theme. Their games are also fun to follow on twitter. Follow @EugeneEmeraldson twitter if you don’t already. Whoever runs the account has more energy than me during the #VedderCup. That says a lot. 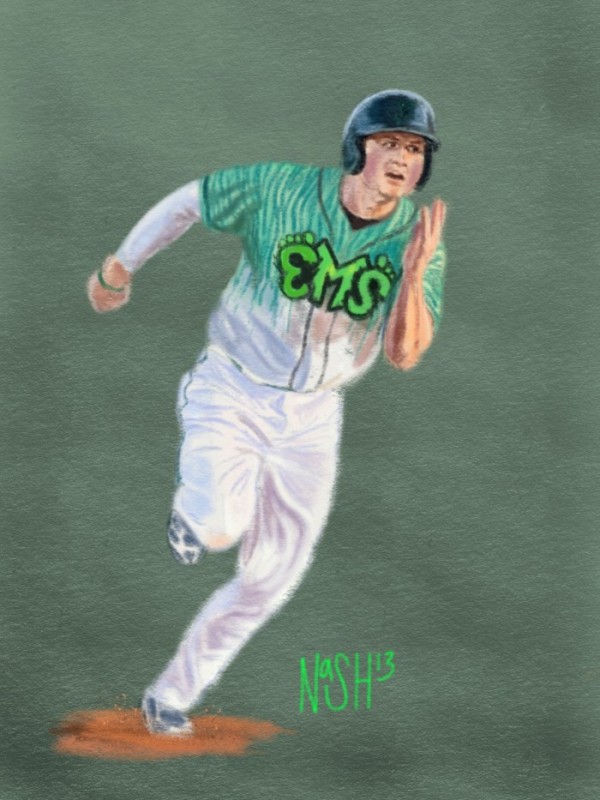