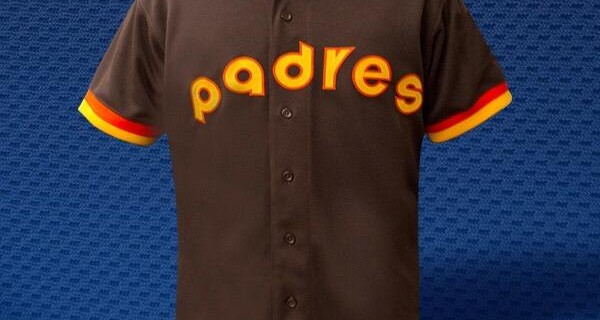 However, if the Padres ownership group ever decided to ask a fan of 30 years what HE would do if he ran the team, I certainly would have no shortage of answers.

Therefore, welcome to the first of what (I hope) will be recurring series of thoughts and diatribes I am calling “If I ran the Padres”.

If I ran the Padres…

I would bring back the brown.  Brown makes the Padres unique.  I’ve been to all the California baseball parks, as well as the one in Arizona.  They all have a theme.  In Arizona you hear rattlesnake rattles almost constantly while staring at red and black adornments.  In Anaheim, their graphics packages on the video boards include blue sky and clouds (no halos, oddly enough).  Los Angeles is doing the Hollywood thing with movie premiere marquee player intros and flashing lights to simulate the paparazzi.  The Giants show trolley cars and the Golden Gate bridge a lot.  What do the Padres have as a theme at Petco?  Well, they occasionally show the ocean.  There’s just nothing remarkable or memorable about the current jersey and color scheme.  Blue and gray?  Yeah, them and about 1,287 other sports teams.  The Padres have been ranked dead last in MLB uni’s in surveys on various websites.  I can’t argue.  And the interlocking S and D as the logo?  zzzzzzzzzzzzzzzzz

If the Padres went back to brown and made the Friar a part of the logo again, you would have a one-of-a-kind fashion statement.  No one else uses brown as their primary color (except the University of Wyoming and really, who cares about them?).  Not to mention you get to use the California Missions as your dominant theme at the ball yard.  I, personally, think mission bells make great song lyrics (thank you, Eagles) as well as stadium noise.  The video boards should show missions, swinging bells, the swinging friar and lots and lots of brown.  Make the Padres stand out.  Retro is in, might as well embrace it.

They are the Padres, after all.  There is real, local history with this team’s name.  The Chargers are named after the horse on which a knight rode into battle.  Not sure that I’ve seen too many castles in California, therefore I don’t think we have a deep history of any knights or their noble steeds.  The Padres are named after the dudes in brown robes who established a bunch of missions in California, the first one is just a few hundred steps from the team’s old home in Mission Valley.  Notice the name of that valley, by the way.  The Padres are not named after sailboats, which I am told were the inspiration for the lettering on the 2004 home lettering redesign.  They are certainly not named after “sand”(whatever color that was from ’04 – ’10).  Padres = brown.  It’s not that hard, ownership group.

I should also point out that no matter how you distance yourself from their shade, Padres blue will always be way too close to Dodger blue.  Unacceptable.  In fact, with the exception of the red front-of-the-jersey numbers on the Dodger home whites, at a distance I can see someone mistaking the two home uni’s for each other.

There’s a reason why fans go nuts when the team wears brown uni’s and why there is an entire series were they will do so this year.  I am down with the brown, and so is the town.

Posted in:  2014, Richard Dorsha
Tags: Bring Back the Brown