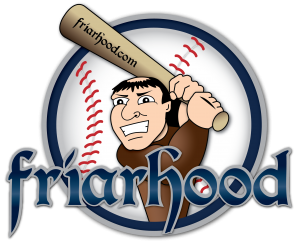 Pursuant to a previous article regarding the demotion of RHP Burch Smith, The Padres announced today that LHP Tommy Layne would be recalled from Triple-A Tucson to bolster the club’s bullpen. Layne made his major league debut last season showing moderate success as a relief pitcher in 26 games. The right hander collected 2 saves and garnered a 2-0 record after pitching 16.2 innings and sporting a 3.24 ERA. Layne was drafted in the 26th round of the 2007 draft by The Arizona Diamondbacks and then traded to the Padres during the 2012 season.

The 28-year old Layne has gone 1-3 this season for the Tucson Padres, pitching in 18 innings and collecting a 4.00 ERA in 19 games. Layne has pitched in parts of 7 minor league seasons between the Diamondbacks and Padres, sporting a lifetime record of 39-45 as a relief pitcher with a 4.49 ERA.

With the Padres announcement of Layne filling the vacancy left by Smith on the Padres 25-man roster, there is no word yet on who will be filling Smith’s spot in the starting rotation. Bud Black reported that LHP Clayton Richard was feeling better after a pair of minor league rehab appearances, and Tim Stauffer’s relief appearance on Wednesday when he pitched 5.2 innings potentially puts his candidacy into the equation. Nonetheless, the Padres fifth starting pitcher for the time being will be left to speculation until a formal announcement has been made.