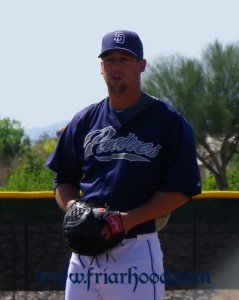 It is being reported on twitter via Jon Heyman of cbssports.com that Luke Gregerson will be part of Team USA in the upcoming World Baseball Classic.  The 28-year old Gregerson is coming off a great season in which he appeared in a career high 77 games, allowing only 19 earned runs in 71.2 innings, while also recording nine saves.

Gregerson said Joe Torre called him personally to invite him to the team:

“I’m honored to be able to help represent the USA, and to get the chance to play with some of the top players in the country.  Not to mention some of the top in the World.  Couldn’t be more excited.  Plus, I love seeing my dad when he gets news like this”

Gregerson is currently under team control through 2014, but his name has been floated around as a trade piece during the off-season.  MLBTR has projected a salary of $3.2M for the set-up man in 2013.