Join the Congregation!|Thursday, April 22, 2021
You are here: Home » Farm System Info » May 2014 Minor League Players and Pitchers of the Month

May 2014 Minor League Players and Pitchers of the Month 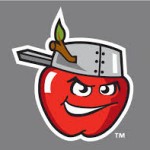 The Fort Wayne Tin Caps, the low single A team for the Padres, have some intriguing players on the roster. Not the least of which is 1B Jake Bauers, who was the 7th round selection of the 2013 draft. A left hander, Bauers has a May line of .379/.464/.568 over 27 games and 95 AB. He had 5 doubles, 2 triples and 3 homeruns for 20 RBI’s. He also earned 15 BB with 14 SO over that same period. Bauers has played his way into the starting lineup after not having a good start to his season. At 18, he is the youngest player in the league and doesn’t turn 19 until October.

The Lake Elsinore Storm, the high A affiliate for the Padres, started the season slowly but has pored it on in the month of May (17-13) for a rise to second in the Cal South standings.

Infielder Diego Goris came to the Padres in the minor league portion of the 2012 Rule V draft and was primarily a shortstop and second baseman as he came up through the Dominican summer league system of the Pirates. He played for the Padres (Fort Wayne) in 2013, after being acquired from the Royals in the draft. He currently has played all four infield positions for the Storm as well as DH. He will be 24 ysr old at the end of this year. His May line of .353/.370/.589 in 29 games and 124 AB with 9 2B, 1 3B, 6 HR and 21 RBI. His big drawback is his 2 BB to 29 SO over that same period. 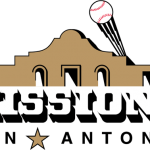 The AA San Antonio Missions was the team chosen by the Padres for Rymer Liriano to continue his recovery from Tommy John surgery at the start of the season. He started the season slowly, which is normal for him, but has really surged in May. Liriano’s line of .315/.391/.550 in 30 games and 111 AB include 5 2B, 7 HR and 20 RBI with 13 BB and 31 SO with 4/5 stolen bass. He is the HR and RBI leader for the Missions and he might be earning himself a promotion to AAA at the halfway point to the season. At the time of his injury, scouts felt he was a half season away from a call up to the major league team.

The El Paso Chihuahuas began their season without a home park but have played very well since opening their new ballpark in Texas. Infielder Jace Peterson was returned to AAA after his callup to the major league team during Chase Headley’s injury. He hit a .354/.455/.585 line for May in 24 games and 82 AB with 9 2B, 2 3B, 2 HR and 19 RBI with 15 BB and 19 SO. He was also successful in 3 of 6 SB attempts.

June will mark the halfway point for the minor league season and the mid-season call ups will come after the All Star games. There has been a recent tendency in the Padre organization to reward good first half performance with a second half challenge. It will be interesting to see which of the Padres minor leaguers receive that challenge.