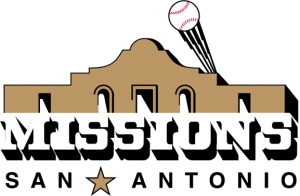 Dauer replaces John Gibbons who accepted the same position with the Toronto Blue Jays on November 20.

The Colton, CA native brings 26 years of coaching experience to the position, 22 at the big league level. Dauer spent the previous seven seasons in the Colorado Rockies organization, the last four as Colorado’s third base/infield coach and prior to that he served as the Rockies’ roving infield coordinator from 2006-08. Before joining the Rockies, he spent the 2003-05 seasons as the bench coach for the Milwaukee Brewers, a position he also held for six seasons with the Kansas City Royals from 1997-2002 and the Cleveland Indians for two years (1990-91).

In 1992 Dauer was the Minor League roving infield instructor for the Baltimore Orioles and he   worked in the same capacity for the Royals from 1994-96. Dauer was a coach for Kansas City’s Triple-A affiliate in Omaha during the 1993 season and also for the Cleveland Indians Triple-A club, the Colorado Springs Sky Sox in 1988-89.

His only other managerial job was in 1987, the same year he began his coaching career. Dauer skippered the Los Angeles Dodgers Class-A affiliate, the San Bernardino Spirit of the California League to a 70-72 record.

“We are honored to have Rich as our new manager,” said Missions General Manager David Gasaway. “He brings with him a wealth of Major League experience and we look forward to him guiding our team in the 2013 season.”

Dauer played 10 seasons in the Majors, all with the Baltimore Orioles from 1976-85 and was a member of their 1983 World Series winning team. He holds two American League single-season fielding records for a second baseman, including 86 consecutive errorless games and 425 straight errorless chances, both set in 1978.

He was selected in the first round (24th overall pick) by Baltimore in the 1974 Amateur Draft out of the University of Southern California where he was an All-American and played on two national championship teams in 1973 and 1974.

Dauer will be introduced at a press conference at Wolff Stadium prior to Spring Training on a date to be determined.

Jimmy Jones returns for his third season as pitching coach and Jacque Jones, hitting coach, round out the Missions 2013 coaching staff.