I drew this yesterday after the announcement that Everth Cabrera would represent the San Diego Padres in this years All-Star game at Citi Field in New York. I searched may reference photos and settled on this one that appears to be Everth using a textbook pop-up slide after stealing second without a throw.
The sketch was created using the Procreate app on the iPad. I used both the 6B and graphite shading brushes with assorted colors. Took approximately 4 hrs. 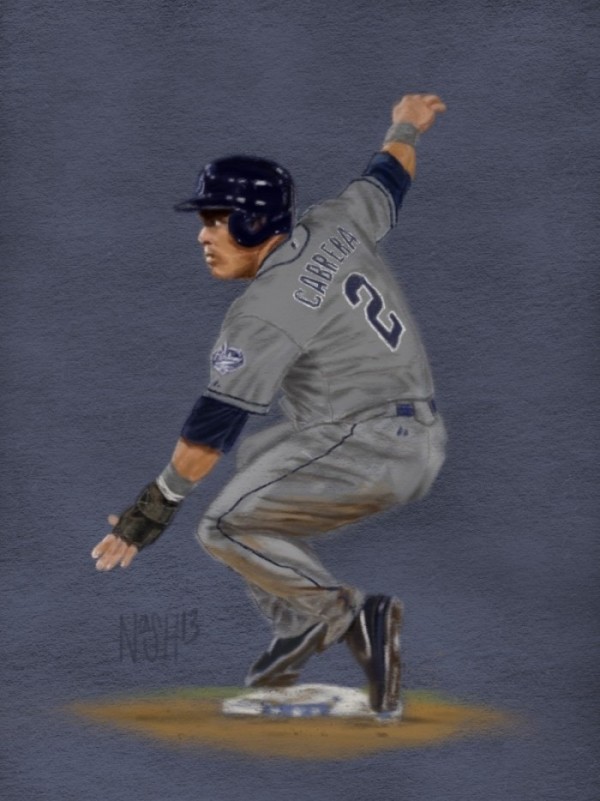