I had been working on this particular sketch a couple hours at a time the last few weeks. I looked for a reference that showed Tony Fernandez, Tony Gwynn, Gary Sheffield, and Fred McGriff all together. They were dubbed “The Four Tops” in 1992 as they were the top four guys in the Padres batting order that season.

I have many fond memories listening to the games on the radio up in Northern California with my father. That year ESPN showed a lot of games too, so I got to see them a lot.
To solidify my obsession with them, my dad made me a cassette of all the four tops songs he had in his vast musical library. I guarantee I was the only 14 year old in Ukiah listening to Motown every chance I got.
This picture was created on an iPad with the procreate app. I used 6B, 4B and graphite shading brushes. 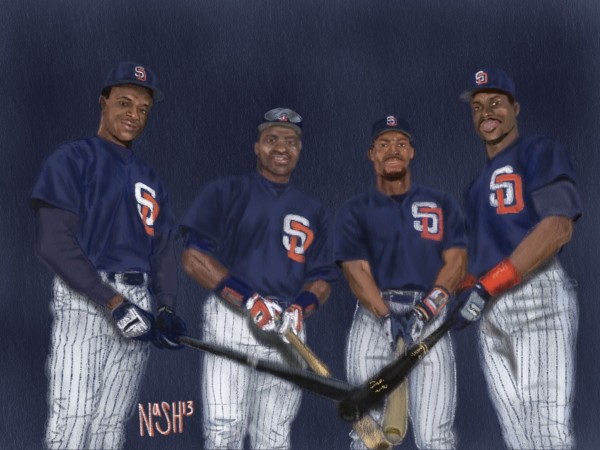