Nick Hundley Talks to the Press 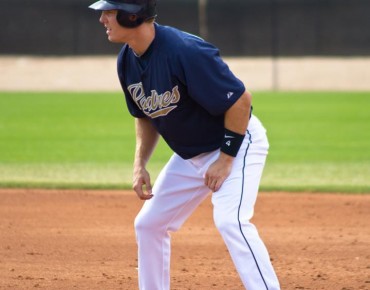 So Nick Hundley had some things to say and The UT’s Kevin Acee put some of Nick’s words to print. In these words in which he had to say, Nick said something which would have definitely brought the record scratch and awkward stares.

“You want to talk about a guy who is unproven and had a good couple months on steroids, go ahead” – Nick Hundley

Wow! Now I’m sure Nick is on a bit of a high right now (despite his current 0-17 slump). Nick finished April with a lion’s roar that even Mufasa would do a double take by hitting .329/.357/.544. The Padres are doing that winning thing on the diamond and it’s probably a good feeling down there at 100 Park Boulevard. Nick feels good, good enough to where he made some candid remarks today about his fellow backstop. I can dig candid remarks. You know it’s not one of those cliché things you always here from players, no, this is Nick Hundley,  the starting catcher, speaking. That said, something to be said about being a little too candid and Nick probably did just that. Those are some strong words about a teammate you will more than likely see before the All Star Break. I get that there might be some tension between the two. Yasmani did take his starting job away, and that would upset me too. I hate being passed up. But, after it is all said, they both wear “Padres” across their chests and I hope they both keep that in mind.

While we are on the subject of Nick, Kevin’s article title got the little grey cells going. Is Nick Hundley the real deal? Like I mentioned before, he had a very strong April but that April came with a bit of a red flag. His BABIP was very, very high at .442. Here is a quick primer on BABIP. It basically levels out to .300 or so during a season. It’s a good indicator on sustainability. Unfortunately it portends Nick regressing and we’re seeing that so far with his aforementioned 0-17 slump. He’s also striking out at a rather poor rate of 28.8% and has only amassed a 0.6 fWAR. Those don’t exactly scream “real deal” numbers to me but we are still in Small Sample Size Season. Kevin Acee might think he is the real deal but I’m exercising a little bit more caution and waiting for him to play another month or so before I make that claim.