Join the Congregation!|Sunday, April 18, 2021
You are here: Home » 2013 » Padres Acquire Ian Kennedy for Thatcher and Prospects 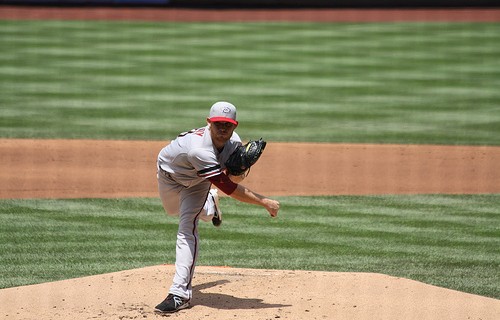 The #Padres deal with the #Dbacks: Get RHP Ian Kennedy for LHP Joe Thatcher, RHP Matt Stites (Double-A) and a draft pick (comp B).

Kennedy will be under the Padres control through 2015 with two years of arbitration remaining.  Kennedy’s struggles since 2011 are well documented, 18-20 4.47 ERA, 344 HA allowed in 332.1IP.  Kennedy and Padres GM Josh Byrnes do have history dating back to when Byrnes acquired Kennedy from the Yankees in his days as the Diamondbacks GM.

This is a calculated risk by the Padres front office and they didn’t give up much to do it.  The time was right to sell high on Joe Thatcher, Matt Stites is a promising bullpen arm, but the Padres have plenty of those.  The draft pick comp is a head scratcher, some pundits are saying it’s a PTBNL.  Either way, this was a risk worth taking for the Padres.