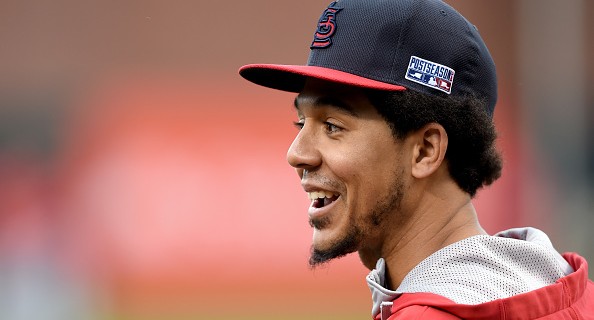 Jon Morosi of FOX Sports was first to report anything about a deal between the San Diego Padres and St. Louis Cardinals involving infielder Jedd Gyorko. Later, the Padres officially announced that they were sending Gyorko and cash considerations to the Cardinals in exchange for outfielder Jon Jay. Dennis Lin of the Union-Tribune hears that the Padres will send $7.5 million to the Cardinals.

I would have expected the Padres to get more than one year of Jon Jay in return for four years of Gyorko, however, at least it seems that the Padres have found their lead-off hitter for next season. Jay is a career .287 hitter with a .354 on-base percentage, and a decently low strike-out rate (~17 SO per 100 ABs). He is also a left-handed hitter, which the Padres were looking for to help balance their right-handed heavy line-up, and he is also an an asset defensively.

What do you all think of the trade?

Salary information is from www.baseball-reference.com