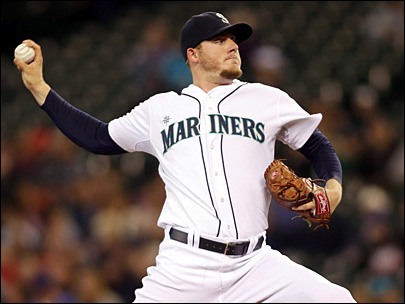 AJ Preller continues to strengthen the bullpen, while providing some relief in a crowded outfield.  The Padres picked up hard throwing RHP Brandon Maurer, in exchange for OF Seth Smith, or “The Final Piece” as he is referred to in these parts.  Jeff Sanders of the UT states via twitter “In case you’re wondering, hearing #Mariners are taking all of Seth Smith’s contract in the trade. That’s $13M over next 2 years.”

Maurer, a starter coming up through the Mariners system had been moved to the pen in 2013.  Preller has stated that Maurer could start of come out of the pen.  A determination has not been made.

The following is from the Padres press release: