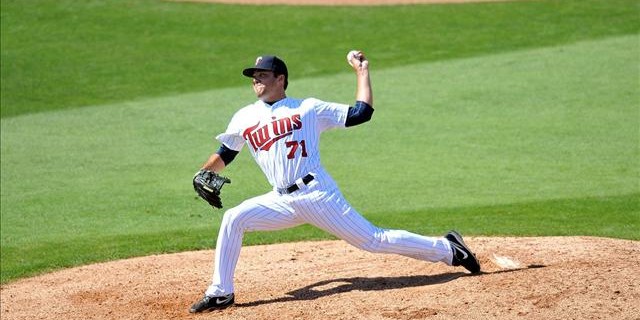 As of 11:12 AM on Saturday August 8th, the San Diego Padres have claimed left-handed pitcher Caleb Thielbar from the Minnesota Twins.

Thielbar, who made his major league debut with Minnesota in 2013, has appeared in only six games with the major league club this year, but 29 with Triple-A Rochester. In 32 innings of work with the Rochester Red Wings, the 28-year-old has posted a 5-3 record with a 2.81 ERA.

As a Minnesota kid born and raised, the lefty attended South Dakota State and spent time in the Brewers system before getting released, and then picked up by the Twins. Thielbar was named the Twins Rookie of The Year after the 2013 season.

Thielbar’s last major league action came on April 30th against the White Sox, in which he pitched two innings. This year in the majors, he has five strikeouts in just five innings of relief.

It is most probable that the lefty will be directly sent to El Paso to join the Chihuahuas, as he was designated for assignment by Minnesota just a week ago. He will join formidable lefties Jason Lane and Robbie Erlin, among others.