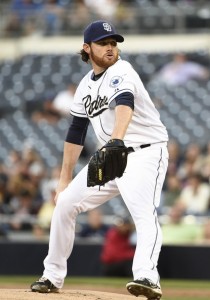 As expected, the Padres extended a qualifying offer to left-fielder Justin Upton, likely expecting him to decline, which would then give them an extra pick in the 2016 MLB draft. The team also gave a qualifying offer to starter Ian Kennedy.  That might come as a surprise to some considering Kennedy had a 4.28 ERA and surrendered a career high 31 home-runs. However, his agent Scott Boras is known for getting his clients top dollar. If he believes Kennedy will receive more guaranteed money on the open market, then expect him to reject the qualifying offer.

If the Padres are given a couple extra early picks for the 2016 MLB draft, that can certainly help boost a depleted farm system that lost much talent during last off-season when GM A.J. Preller pulled off a flurry of trades. We will have to wait and see though, for it is difficult to predict what will happen. What we do know is that players have until November 13, that is next Friday, at 5 p.m. ET to either accept or reject a qualifying offer.