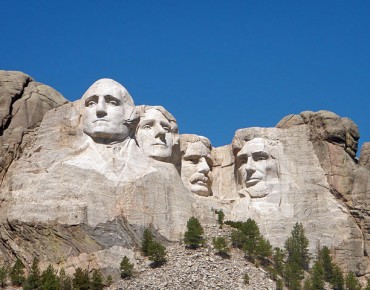 Mt. Rushmore is not a collection of the United States’ best Presidents.  While it is possible they are the 4 best, that is not the point.  They were chosen for their impact.  In other words: they were important.  Obviously San Diego does not have a massive slab of granite with which to create its own monument, and I doubt any sculpture would last long in the sedimentary cliffs of La Jolla or Ocean Beach.

However, just for fun, let’s play the “what if” game.

You know how this works.  If the local, professional baseball team decided to create a similar monument (on Cowles Mountain perhaps) what would it look like?  If you could only pick 4 faces to etch in stone as the 4 that had the greatest impact on team history, who would they be?

First, they would need to do something big and out-of-the-ordinary.  With all due respect to Randy Jones, and I mean this is the most respectful way possible, the team literally accomplished nothing during his tenure (‘73-‘80) here.  So, as my first decision that will likely draw the ire of long-time fans: RJ is out.  Don’t get me wrong.  I love RJ; he was an attraction in the 70’s.  But the team never finished higher than 4th in its division during his time.  Granted, this was by no fault of his own, but the point here is: Padres history would be no different if Jones played for the Reds.

Second, longevity is not necessarily a prerequisite.  Garry Templeton and Tim Flannery are numbers 2 and 4 on the all-time games played list.  Neither one makes the cut here.  Again, the reason is simple: think of the largest moment in Padres history that was the result of a Templeton or Flannery play… go ahead, I’ll wait.

With that out of the way: here we go.

No secret here at all.  I won’t bore with running down any of T’s stats.  He is Mr. Padre and already has been etched in stone (if you can find him behind the Fox Sports set at Petco Park)

Surprise!  He’s not a player.  But fans, especially the newer ones, need to understand this one fact: The San Diego Padres would not exist right now (they’d be in Washington and probably not named the Padres) if it was not for the sale of the team in 1974.

Spot #3 (the Teddy Roosevelt, tucked in the corner and barely visible spot)

This was supposed to be Ken Caminiti.  I had this blurb written and I had to remove it.  He cheated.  I can’t show my son a homage to someone who broke the rules.  Therefore, the Colonel gets this spot.  Few announcers are tied to a franchise like Coleman is to the Padres.  In addition, he is a veteran, former manager and Hall of Famer and all-around exceptional human being.

Spot #4 (the Abe Lincoln, only one facing the other direction and therefore stands out spot)

This is no-brainer number 2.  Best reliever in team history.  The argument can be made he is the best pitcher in team history but I know some people think only starters deserve that designation.  He will be in the Hall of Fame with a SD lid.  Not to mention he ended multiple games to win titles for the team.