Padres Must Extend Chase Headley for the Long Term 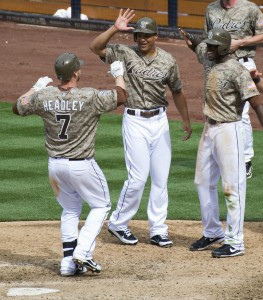 The Padres need to sign Chase Headley to a long-term deal.  For the last half decade Padre fans have seen any player worth having on a jersey traded or let go.  With every player that leaves and every losing season the team loses fans.

When Jeff Moorad and Co. took over control from John Moores, the fan base was told the team would build from within, develop, and retain talent.  Payroll was slashed from $73M in 2008 to $37M in 2009.  Since that time fans have watched as names such as Peavy, Gonzalez, Bell, Adams, and Latos have all left San Diego.  The only names that remain on the roster since Bud Black took over as manager are Chase Headley, Joe Thatcher, and Tim Stauffer whom recently signed a minor league deal with the team.

As we all know Petco tends to play fair the second half of the season, which is when Headley was really able to do his damage, hitting .308/.386/.592 with 23 home runs, and 73 RBI.  A monster second half raises the question… Where did this come from?

The obvious reasons: a different hitting approach, and his aggressiveness to turn on inside pitches from the left side.  Let’s dig a little into the numbers.

A quick glance at 2011 shows us that Headley was having a very good first half despite struggles against RHP.

Just a quick glance would appear as though Headley traded in some OBP and doubles for a few long balls.  Both solid numbers, not eye popping, but solid.  On August 7th, 2011 Headley fractured his pinky sliding headfirst into second base.  He rushed back to return for the last week of the season, but only hit .200 with no extra base hits and 6 strikeouts in those final five games.  Could Headley have had a break-out second half in 2011?  We will never know, but not being able to play at full strength in August and September certainly did hurt his numbers, especially his power numbers.

My point is simple, take Petco National Park out of the equation and over the last three seasons Chase Headley is in the conversation of the best third basemen in baseball.  I’ll also point out that most if not all of the players listed have a much better supporting cast than Headley has had over the last three seasons.  People should not be surprised about Headley’s breakout season, he’s been putting up great numbers outside of Petco most of his career.

Evan Longoria is only one year younger than Chase Headley and this offseason inked a six-year/$100M extension that will keep him a Ray through 2023 (age 38).

Adrian Beltre at the age of 31 signed as five-year/$80M with a vesting option for $16M for a sixth year, which would mean Beltre would be 37 at the end of his contract.

What does that mean for Chase Headley?  Teams around the league are paying a premium for third basemen and are not concerned about signing players through the age of 35 and later.  When you look at big market teams that need someone to man the hot corner, such as the Dodgers, Angels, White Sox, Phillies, Braves, Cubs, and possibly the Yankees, Headley is going to be in for a big payday, which will include a long-term deal.

Fans in San Diego may talk about a 4yr/$50 deal for Headley, but the way the market is shaping up now, if Headley continues to do what he’s been doing, he will be in for a contract that will far exceed that in terms of dollars and years. 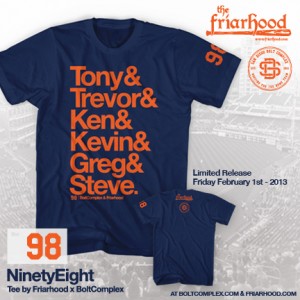 Outside of his performance at the plate, Headley is great in the field, winning his first gold glove this year, he is a tireless worker, and is a respected leader in the clubhouse.  He’s the guy you can feel good building with/around and he’s homegrown.

After coming to an agreement on a one-year/$8.575M deal for 2013, the Padres will control Headley’s rights through 2014.  A solid follow up season could line the NL silver slugger winner up for a large payday once he hits the free agent market.

As we have seen teams are leveraging TV money to expand team payrolls.  With the lucrative deals that MLB has signed with Fox, Turner, and ESPN, starting in 2014, MLB will pull in an average of $1.55B annually (double the current amount) over the next eight years.  That money will be spread over the 30 teams.  Combine that with the individual team TV contracts and player salaries are only going to rise.

Is signing Chase Headley to a long-term extension a risk?  Yes, all long term contracts pose some risk.

It is however, a risk worth taking for this new ownership group.  It shows that they will keep promises about retaining players and they are committed to winning.

Personally, I’m not a fan of over-spending, but if you are going to spend a few million extra on a guy, I can’t think of a player on this roster I’d feel more comfortable spending that money on than Chase Headley.