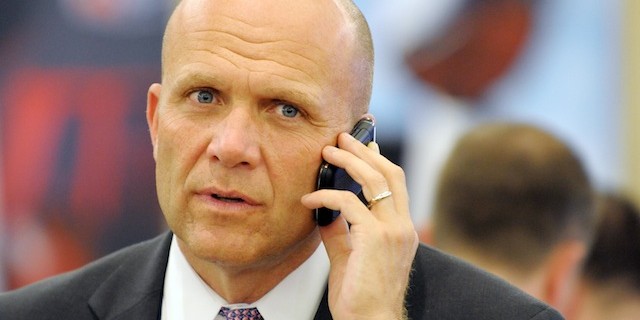 Just 8 days after the resignation of former President and CEO Tom Garfinkel, The San Diego Padres have named CEO Mike Dee of the Miami Dolphins organization as the new President and CEO of business operations for the Padres front office. The news came early Wednesday morning through several sports news outlets, including MLB.com’s own Corey Brock and San Diego 10 News. While the mystery behind the quick turnaround for the high-level office position has been overlooked by most reports, the familiarity and local flare that Dee possesses has been celebrated and heralded as a potential new turning point for the Padres organization.

Dee started his executive sports career in San Diego as a director of corporate development in 1995, and through several promotions and years of work he finally ascended to the position of Executive Vice-President of Business Affairs in 1999. Dee would continue to work in the Padres front office until 2002, when then President/CEO Larry Lucchino – the lawyer turned executive that campaigned for the eventual construction of PETCO Park – bought the Boston Red Sox and moved his operations, along with Dee, to historic Fenway Park. Dee would continue to work for Lucchino and the Red Sox organization until becoming CEO of the Miami Dolphins and Sun Life Stadium in 2009.

With the move from Miami to San Diego, some wondered what Dee’s motivation would be for moving across the country from one position to another that was strikingly similar to his current job description. “It’s a chance to return to my roots,” Dee told the Miami Herald about rejoining the Padres. “This is a great opportunity to run a team and a facility. It’s a chance to sail a ship I helped construct.”

Dee then posted on his Twitter account that “Despite my new role, I will always be a member of Dolfan Nation…” and that “at such an exciting time for the (Miami) franchise… I could not turn down this incredible opportunity to return my roots.”

The passion that Dee has expressed for San Diego and the Padres organization has not gone unnoticed by local business owners either: “Mike’s enthusiasm, his love for San Diego, his love of the Padres … He’s going to be an extraordinary leader for the new ownership group,” said Dan Novak, VP of Global Marketing and Public Relations/Communications for Qualcomm.

Praise has also come, understandably, from the Padres front office itself: “We are ecstatic to bring Mike back home to San Diego,” Padres lead investor Peter Seidler and Executive chairman Ron Fowler said in a joint statement. “He has the experience, passion and intellect to drive this organization to great success.” Dee’s clearly got a history and a fan base in San Diego, and the news has been met with great enthusiasm in the sports executive world.

Dee did serve as President and CEO of the Miami Dolphins, but had little input and control on the football side of operations. This was a position that was reserved for General Manager Jeff Ireland, and no doubt the situation will be the same in San Diego with GM Josh Byrnes making roster moves and bolstering the baseball side of the club. Nonetheless, Dee does have the opportunity to revitalize an organization that has had mixed results over the last few seasons.

While there hasn’t been enough time to tell what this means for the Padres as an organization, there have been mixed emotions among the fan base with some followers just summing up the transition as simply, ‘well that was fast.’ Despite the expediency, Dee has described the move as “a dream come true.” Hopefully the passion Dee has for the club transfers onto the field and the Padres make a turnaround on what has been a roller coaster of a season in 2013.

Dee will stay with the Miami Dolphins for the next few weeks before finally making his transition to the San Diego Padres organization. Only time will tell what will happen with Dee acting as the new CEO of the Padres, but if history is any indicator – Dee served as the Padres COO (Chief Operating Officer) in the historic 1998 season that saw the club’s first World Series appearance since 1984 – then things may be looking up for the friar faithful.