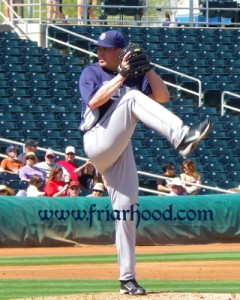 The Padres have announced via twitter that Edinson Volquez will start opening day versus the New York Mets at Citi Field.  Volquez, acquired last season along with Yonder Alonso, Yasmani Grandal, and Brad Boxberger in exchange for Mat Latos pitched well in spurts, but couldn’t seem to avoid free passes, walking a league leading 105 hitters.

Clayton Richard has been announced as the starter for the home opener.  In 14 starts during 2012, Richard compiled a record of 8-5, with an ERA of 3.02 at Petco Park.