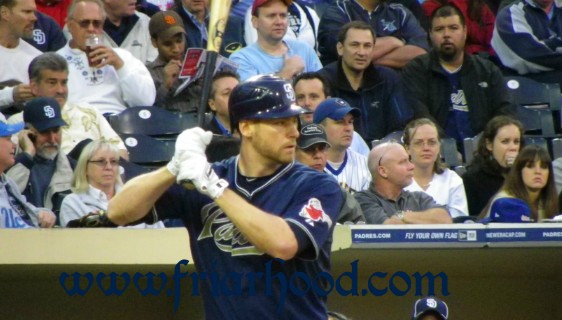 That is not fair to say, Headley has been one of the better NL third baseman for years, but because of his HR numbers he often doesn’t pass the eyeball test the casual fan gives. Given the fact that Headley plays in Petco National Park, it shouldn’t come as a surprise that 18 of his 31 homeruns came away from Petco, but 23 of his bombs came after the all-star break when Petco tends to play very fair.

If the Padres were a contending team, Headley would get some MVP votes, as is, I don’t expect much love for a guy on a 4th place team. NL Player of the Month in August and September, you couldn’t ask for much more than what Headley was able to supply. On the road, at home, left-handed, right-handed, with Quentin, without Quentin, Headley was a machine and is the biggest reason for the Padres playing over .500 in the second half.