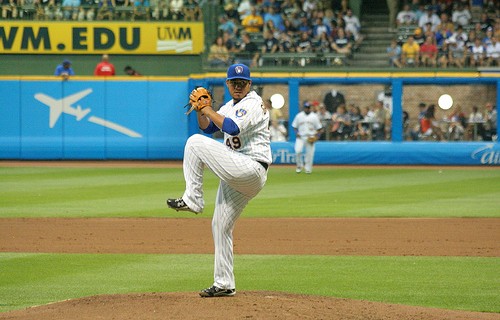 The trade winds have picked up early and to the joy of Padres fans, rumors are about the team buying, and not selling.  Over the weekend Bill Center of utsandiego.com threw out the name Jake Arrieta.  Who?  Not exactly a name fans are going to rally behind.  In that same story, Center stated that teams are inquiring about Edinson Volquez and Anthony Bass.

If the Padres make a trade, they would prefer a pitcher who is under control beyond this season. By that measure, the Astros’ Bud Norris and Brewers’ Yovani Gallardo would be preferable to potential free agents such as the Marlins’ Ricky Nolasco and Cubs’ Matt Garza.

Peter Gammons took a break from watching the Red Sox to tweet:

A few thoughts of my own (and you are encouraged to respond to all of this below).