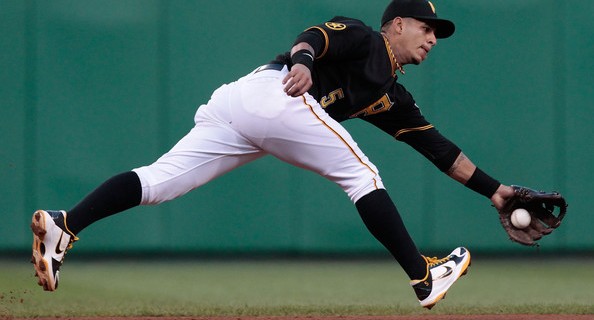 In what has been speculated as a preemptive move in the event that shortstop Everth Cabrera is suspended by Major League Baseball, the Padres have signed SS Ronny Cedeño to a minor league contract with the Single-A Lake Elsinore Storm. Cedeño is set to appear in Saturday night’s game with the Storm against the Inland Empire 66ers tonight in Lake Elsinore, according to MLB.com’s own Corey Brock.

Cedeño, a veteran of 9 major league seasons, most recently played with the Houston Astros where he sported a .220 batting average with 12 RBI and 1 homerun in 51 games. Cedeño was released on July 28th by the Astros after being designated for assignment on July 22nd; he is a lifetime .245 hitter with 230 RBI and 38 homeruns over his career.

Although Cabrera’s suspension has been speculated to be announced Monday, the shortstop has spoken very little on the topic of whether or not such a penalty will be handed down. If Cabrera is suspended, he would serve a 50-game punishment for violating MLB’s Basic Agreement and its Joint Drug Prevention and Treatment Program. The signing of Cedeño is believed to be in clear conjunction with the potential suspension, as the Padres lack depth at the shortstop position.

Aside from Cabrera, the Padres have Logan Forsythe and Alexi Amarista who could fill in the position in his absence. However, both Forsythe (second base) and Amarista (center field) have been used in other facets throughout the season. Nonetheless, the signing of Cedeño is certain to help the organization with position depth.