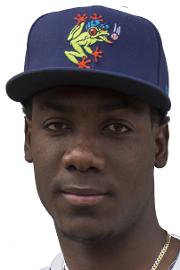 Last week, the Padres exercised Benoit’s $8 million option, but will now be relieved of that salary. De los Santos is the key piece San Diego got in return. In 2015, the 19-year-old touched 97 mph with his fastball and sat at 93-95. He also shows impressive command for such a young pitcher. According to an article from BaseballAmerica.com, “on Aug. 27 against Salem-Keizer, de los Santos needed only 76 pitches to work seven innings because 62 of his offerings were strikes (an unheard of 81.5 percent strike percentage).”

After this move, I believe the Padres are holding on to closer Craig Kimbrel. Ownership says they want to compete year in and year out, and I believe them. I just didn’t expect them to try to be competitors so quickly. It’s a challenge to add talent to a major league roster when there isn’t much left in the farm system after last off-season. Don’t get me wrong, there is definitely talented players such as Hunter Renfroe and Rymer Liriano, but the depth isn’t quite where you would like it to be. I’m curious to see what other creative moves the Padres have up their sleeve to help address both the major league roster and the depth in the minor leagues.