Players of the month: August 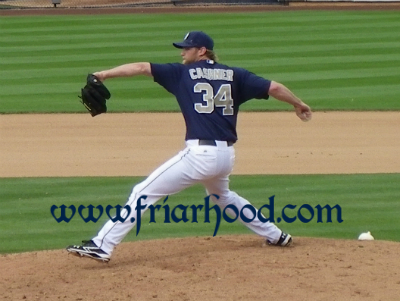 This one was pretty easy.  The guy who has been frustrating Padre fans for half a decade with his superb talent and a dearth of consistency has finally been consistent.  In fact, Venable has been about the only Padre who can make that claim in 2013.  With the exception of a rough middle part of the season, Venable has been the Padres best player, combining personal best hitting numbers and plus defense in both right and center field.  Then came August, where Venable broke out while setting new individual high-marks for HR and hits in a month.  He is also one of only a handful of Padres players in team history to post a month with an OPS in excess of 1.050.

The big right hander has been the pitching star of an otherwise painful pitching season.  He has been the pitcher of the month now 3 times.  Still, despite his impressive individual numbers, he deserves better.  Consider Cashner is 24th in the National League in ERA, 23rd in opponent average, and 26th in WHIP, but he is only tied for 33rd in wins.  That includes the painful loss to the Dodgers on the last day of the month.  It is not beyond the realm of imagination to believe Cashner is on his way to becoming the ace of this staff and possibly a potential Cy Young candidate at some point.  Buddy Black told the group of writers on bloggers night that despite the stellar 2013, Cashner has even more he can improve and accomplish.  Padre fans should make a point to see him pitch if the can this season as the team won’t want to stretch him too far.  He may only have 2-3 starts left.