Reason to Visit the Yard 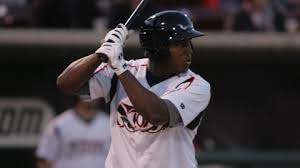 I may regret writing this.  I don’t really believe in my ability to jinx things, but I don’t totally disbelieve it either.  Therefore I want to state, right off the bat, I absolve myself of any and all responsibility for my actions.  With that said, here goes:

I know… I just cursed the guy, I am sure.

Karma hates the Padres, obviously, so I am terrified that someone, somewhere is seeing this and alerting the inevitable dark cloud of fate that seems to linger over my baseball team.

“Hey, a Padre fan likes a player, get over there and do something about that!”

I mean, have you seen this guy play?

Here’s the thing, it’s not that Liriano will ever hit 50 home runs, or bat .330.  He doesn’t have Mike Trout defensive ability or Raul Mondesi’s cannon arm.  I don’t really want or expect that.  What excites me is Liriano is a solid baseball player.  I mean, at everything.  5 tools?  Yes, all five.

Oh, man, I hope this doesn’t cost me.  I sure hope I’m not looking at this document in 5 years and crying into my keyboard about what “could have been”.

As the saying goes, you can’t teach talent.  I know it is a small sample, but it seems the talent is there in the 23-year-old.

Think about that home run into the top tank of the Western Metal Building.  The fact that it went upper-tank doesn’t mean that much, outside of being really cool.  But if you get the chance, go watch that swing again in slow motion.  Here’s what I saw, in my limited, little league coach level of training:

Liriano first recognized the pitch was on the inner half of the plate.  A large number of players will get jammed on that pitch.  Second, he was able to “spin” on the ball, basically he was able to get his hips through the zone without launching his hands.  Some players panic and the bat gets out in front, this causes a player to “roll over” a grounder to shortstop.  And third, Liriano got his hands through the zone quick enough to get his barrel on the ball. It is not easy to put the barrel on a ball that far inside.  That is bat speed and you can’t really coach that.  Players either have it or they don’t.  Ted Williams famously said “history is made on the inside fastball”.  I’m not saying Liriano is Teddy Ballgame, but that bat speed is scary good.

Liriano has some distance to go.  He is, by no means, an elite player yet.  He has to learn to  use all of those skills.  Once he does, MLB pitchers will start to adjust and he will struggle and he will have to adjust.  The road is still long and paved with some uncomfortable gravel.

But for now, forget all that.  I choose to live in the moment.

I’m literally buying a ticket to a Padre game on their next homestand to see this guy play.  Not very many players have ever brought me to the ball yard (Ken Griffey, Jr. did in the first year of interleague, for example).

I just really hope I haven’t jinxed the guy.