Join the Congregation!|Tuesday, April 20, 2021
You are here: Home » Uncategorized » Red Sox Join Padres Trade Talks (As of July 31 AM) — Latest on Starter Ross 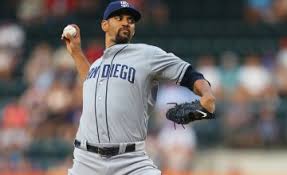 As of the morning of the 2015 MLB Trade Deadline, the Boston Red Sox have joined the conversation when it comes to San Diego Padres trade rumors.

As of 10 AM Friday morning, the Red Sox, Cubs, and San Diego have discussed a possible 3-team trade, which would likely involve Tyson Ross, among presumably many others.

Furthermore, it recently became known that the Padres are in midst of an attempt to attach second baseman Jedd Gyorko to a larger multi-team deal. Gyorko is currently owed more than $33M over the next four seasons, after becoming one of the first large contract signings with the Padres some time ago.

Earlier this morning, it was noted that the Red Sox are “very quietly” in pursuit of Padres starter Ross, who has become quite possibly the ace for San Diego this year. Tyson Ross has become the known top-target of multiple teams including the Cubs, and the Houston Astros, both teams who are also keeping a close eye on fellow starter Andrew Cashner.

Regardless, if the Red Sox are to involve themselves in a possible deal with San Diego, it would likely be a part of a larger multi-team deal with either the Chicago Cubs, or the New York Yankees, who are also currently in hot pursuit of closer Craig Kimbrel (see Kimbrel Rumor Thread).