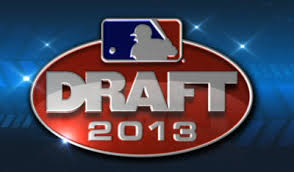 With the start of the 2013 MLB Amateur draft just two days away it is time to make a stab at figuring out what the brain trust in the front office of the San Diego Padres will be doing with the #13 pick on Thursday. Let me be clear in saying that I have no inside information regarding what the Padres plan on doing with that first pick. I am only making a wild guess, based on the hard work done by others, on who will most likely be available and coveted by the Padres.

In an interview done with Chris Jenkins of the UT in May, Chad McDonald, VP and GM of player personnel for the Padres, gave us the only clue we will get regarding how he and scouting director, Billy Gasparino, are approaching this years draft.

“All things being equal, we would like to take a bat,” said MacDonald. “We would love to have taken a bat last year at seven, because there were so few bats, but Fried was a high-ceiling guy.If we take a pitcher, it’ll be a guy we feel has the chance to be a real impact starter, not a bottom-of-the-rotation guy or a bullpen guy. He’s going to be one of the three or four guys who, when we get into the postseason, he’ll be in the playoff rotation.”

He also stated, in the interview with Jenkins, as well with Friarhood’s own Steve Adler (on his XTRA Sports 1360 radio show), that the Padres covet bats and the high school players available this year are a very strong class. Although he acknowledged that high school pitchers are the “riskiest demographic” out there they feel they were very fortunate with last years picks: Max Fried, Zach Elfin and Walker Weickel as all are doing well and progressing in their development as hoped.

With careful reading between the lines I came to the conclusion that the Padres are going to draft the best high school or college level bat available as their pick. I am also leaning toward the idea of an infielder, preferably middle infielder, with strong offensive skills. If you are a trivia buff or a superstitious sports fan you might be interested to know that the Padres picked at #13 earlier in this century, in 2003 to be exact. And who was that pick? Khalil Greene. Someone who had a very promising professional career going until emotional/psychological issues derailed his career.

With all that said, it is still pretty much a crap shoot and injuries or mental weakness can spoil the career of even the most gifted athlete. Everyone knows that the most highly rated prospects for this year, Stanford’s Mark Appel (RHP), Oklahoma’s Jonathan Gray (RHP) and USD’s Kris Bryant  (3B/OF) will be long gone before the Padres get their chance. But there will still be some gifted athletes left for their picking and the following is a list of the most likely candidates. I don’t pretend to have the skill to make up this list. With the help of Matt Garrioch and John Sickels of minorleagueball.com, Jonathan Mayo of mlb.com, Kevin Goldberg of bleacherreport.com and the mock draft databases of draftsite.com, mymlbdraft.com and SI.com, there is a lot of scouting and analyst talent that goes into developing the list of players that the Padres are most likely to tag with their first pick.

After a quick synopsis of each I will make my guess, similar to last year’s post, of who will get the call. We got lucky last year and called it correctly but only because no one else drafted Freid first. So here goes!

DJ Peterson: 1B/3B  New Mexico, Jr.   R/R   6-1   205   DOB 12/31/91. An advanced hitter with plus power and good pitch selection, he is able to take his walks and drive the ball. Possibly best bat in the draft, according to John Hart of MLB Network, Peterson draws comps to our very own Jedd Gyorko. As a college player, he may be gone before the Padres get their pick but if he isn’t I will be surprised if they pass on him. He finished the season with the leads in HR’s, RBI’s, slugging %, OB % and batting average for the Lobos and was a semi-finalist for the Golden Spikes Award. His only possible weakness is his defense at the corners, where he is probably only average.

Clint Frazier: OF  Loganville, HS (GA) Sr.  R/R   6-1  190  DOB 9/6/94 Commitment to U of GA.  Projected by many to go much higher than this spot, Frazier was the choice of ESPN’s Keith Law to go to the Padres in an earlier mock draft. The spots occupied by the high school bats are fluid as the college tournaments progress and the more advanced players move up and down the board. Frazier possesses a compact body with plus raw power, a short swing with quick hands and good bat speed. He runs well and has adequate defensive skills. He ranks slightly lower than co- Georgian Austin Meadows on some draft boards due to his smaller size and lower projection for development. I expect he will be gone at #13.

Aaron Judge: OF  Fresno St, Jr.   R/R   6-7   255   DOB 4/26/92.  Picked by Jonathan Mayo as the Padres first round pick, Judge is a beast. With plus power (30 HR potential), good bat speed, decent patience at the plate and an average runner with a strong arm, Judge is a bit of a development project due to his size and moving parts (sound familiar?) but his upside, should he put it all together, will be huge if a team takes a chance on him. He may not be the guy for the Padres, seeing as they already have Kyle Blanks, but should go in the top 25.

JP Crawford:  SS  Lakewood, HS (CA), Sr.  L/R  6-2  190  DOB 1/1/95  Commitment to USC. The cousin of Carl Crawford, JP is considered one of the top two high school infielders in the draft and the best shortstop available  this year.  He can hit to all fields with good wrists, average power and good plate coverage. Considered somewhat raw offensively, his defense is his strength. Projected to stick at short, Crawford has a plus arm, plus speed and great defensive ability up the middle. The only question is will he develop his hitting skills. If the Padres are willing to put in the offensive work, he could develop into a showcase talent.

Reese McGuire:  C/3B  Kentwood HS (WA), Sr.  L/R  6-1   190   DOB 3/2/95.  Commitment to USD. McGuire is commonly thought to be the best catcher in a strong draft for catchers. Along with Jon Denney and Nick Ciuffo, he projects to go early in the first round. With a strong arm, plus defensive skills and a strong work ethic, he is projected to stick behind the plate. He has upside potential both defensively and offensively with more size to add to his frame and more projection of raw power in his swing. As a left-handed bat he has the advantage over the other two prospects because he is more advanced defensively than Ciuffo, who is also a lefty hitter. Denney gets high praise for his defensive skills but is a righty bat, which puts him behind McGuire. Any of the three would be great additions to the catching ranks for the Padres.

A couple other dark horses in this race are pitchers Sean Manaea- LHP from Indiana St,   6-5 and 215 with a 96 mph FB and a hard slurve. He was an outstanding, probable top five prospect, until injuries interrupted his season and dropped his ranking. If a team believes his sore shoulder and hip flexor issues are behind him he could still go high in the draft.

RHP Ryne Stanek- Arkansas  6-4 and 180 is one of the top college pitchers in the draft.  With a mid 90’s FB , developing slider and good curve, Stanek needs better command and a third pitch to be elite. If that doesn’t happen he could be a dominant reliever. 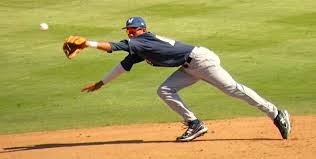 SS JP Crawford. If not him, Catcher Reese McGuire (or either of the other two) as I believe no one can have enough quality middle infielders or catchers. The pitching depth of the current team notwithstanding, the organization has a lot of pitching depth and I will be disappointed if they go that way.

The next picks after #13 are #50 in the second round, #69 in round 2 supplemental (awarded as a competitive balance pick in a lottery last year), #86 in round three and every 30th pick after that through 40 rounds. Not all teams use up all their picks and no one ever signs them all. My guess is that the Padres have already vetted the level of commitment to college of their top considerations and will only pick someone who will sign for slot money.

There will be several other quality players chosen by the team in the early rounds but I addressed only the top pick here. The way the rest of the draft falls out is more than difficult to guess and I look forward to writing a follow up to this post outlining the players acquired in the other rounds.