Join the Congregation!|Saturday, June 19, 2021
You are here: Home » Glen Miller » Smith an Upgrade in the OF for Friars

Smith an Upgrade in the OF for Friars 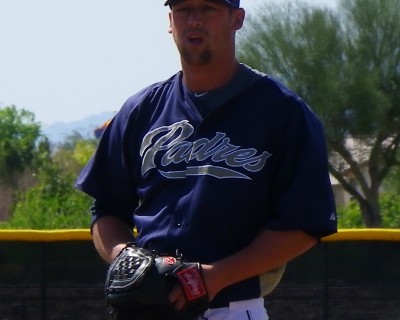 It looks like the Padres have made their “big splash” this winter in acquiring OF Seth Smith from Oakland in exchange for RP Luke Gregerson. Smith, 31, would appear to address the team’s stated desire to add a LH bat. Reactions have been mostly, meh, or negative to the trade from the Friars perspective and while I’m not awestruck I do see it as an incremental improvement.

First off, let’s fall right back out of love with Gregerson. He was a quality reliever for the Friars for a few seasons but the Padres have made a habit of turning one team’s garbage into quality relief help over the years. Gregerson, after all, was a 28th round draft pick of the Cardinals and was essentially the throw in when the Friars traded SS Khalil Greene to St. Louis for fellow reliever Mark Worrell. Sure, it’s nice to have a proven 8th inning guy in the pen but the reality is Gregerson has averaged just 70 innings pitched per season in his five year Friar career. His impact on the success or failure of the team was going to be limited by that basic fact.

The Padres should be able to turn to Nick Vincent or Dale Thayer and they have a couple of prospective bullpen arms they like coming up the ranks in Kevin Quackenbush and Brad Boxberger. They could also sign a couple of the many veteran hurlers recently non-tendered to add some depth. The Friars should be just fine.

In Smith the Padres get a solid if unspectacular hitter who holds his own against RH pitching. For his career Smith has hit righties to the tune of a .279/.358/.487 triple-slash line in 1,893 PA and has clubbed 65 of his career total of 73 HR against RH hurlers. Smith is bound to get the AB’s that last year went to Mark Kotsay and his .203/.263/.239 triple-slash line against righties. Just for that Smith should be welcomed in San Diego.

Smith is also a capable defensive corner OF who is better off in LF than RF as his career UZR/150 is 7.7 in left and -7.0 in RF. With Carlos Quentin’s checkered health history and the recent injury troubles and ineffective play of Cameron Maybin, Smith should provide the Padres with some quality depth and flexibility.

If we look at it from a straight value standpoint, Smith has been worth roughly 2.0 WAR per 600 PA for his career. Over the last two years that number has been about 1.6 WAR per 600 PA. Of course as more of a platoon bat Smith is more likely to be in line for roughly 400 PA as opposed to 600. In that case his recent performance suggests he’ll be worth about 1 WAR for the Padres in 2014, with all of that value coming courtesy of the bat.

The Padres appear to earn a slight win on that exchange based on recent performance, solely using WAR as a guideline. But in order to calculate any loss/gain correctly for the Padres we’d have to factor in how much of an upgrade Smith is over the players he will replace in the OF. Additionally, we’ll have to guess how much of a downgrade the new bullpen alignment will represent for the Padres.

First off, we already know Smith is set to take the 171 PA the Friars gave to Kotsay. Kotsay was worth an astonishing -1.7 WAR last season for the Padres.

Alexi Amarista, a nice little utility type with some pop, was miscast as an OF last season. All told with the bat he was worth a -1.1 WAR in 244 OF PA.

If we combine the two players, Kotsay and Amarista, in 418 PA, all likely to be absorbed by Smith in 2014, they were worth almost a -4.0 WAR. If we project Smith to be worth 1.0 WAR the Padres will improve by almost 5 wins by giving the PA’s Kotsay and Amarista received last season to Smith.

Looking at the financial side of the coin, both players are in their final year of arbitration eligibility before hitting the open market in 2015. Matt Swartz employed a projection model for MLBTradeRumors which has proven to be quite accurate in predicting salaries for arbitration-eligible players. He sees Smith netting $4.3MM for 2014 while Gregerson is projected to earn in the neighborhood of $4.9MM. In essence, it’s more or less a wash fiscally.

I must admit I don’t trust Billy Beane. The guy is smart and generally sets trends in baseball. If he is going left you can bet a majority of baseball teams will soon be following him. This offseason, with the additions of Gregerson and former Orioles closer Jim Johnson along with the presence of Jerry Blevins, Ryan Cook and Sean Doolittle, the A’s are bulking up on bullpen help.

Have the A’s found another soft spot in the market that they are set to exploit? It could be as another team noted for maximizing their fiscal resources, Tampa Bay, has also gotten in on the reliever market by acquiring our friend and former Friar closer, Heath Bell. When teams like Oakland and Tampa begin investing heavily in a particular player type or position I start to wonder if they may be on to something.

Setting my suspicions aside, I still like the deal for the Friars. I don’t love the deal but I like it. If you had asked me before I would have thought they could have done better in dealing Gregerson but if Smith was the best they could get then so be it. Smith should help the Padres win more games than Gregerson would have even if the net positive in the value equation has more to do with how bad Kotsay and Amarista were than how good the newest Friar is.