Join the Congregation!|Saturday, March 6, 2021
You are here: Home » Alex Rodriguez

Well, it finally happened. Through all the speculation and wonder, the trivial concern and thought, the inevitable suspension of Padres shortstop Everth Cabrera is official and the veteran All-star will serve a 50-game punishment – effectively ending Cabrera’s 2013 season. Cabrera was having an all-star caliber season this year as well, leading the National League […]Full Article 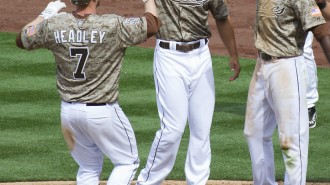 Padres Must Extend Chase Headley for the Long Term

The Padres need to sign Chase Headley to a long-term deal.  For the last half decade Padre fans have seen any player worth having on a jersey traded or ...Full Article
The Friarhood Sponsors