Join the Congregation!|Wednesday, January 29, 2020
You are here: Home » Brad Brach

The Padres continued their flurry of roster moves on Monday as it was announced that two deals had been made with the Baltimore Orioles and Pittsburgh Pirates. Relief pitcher Brad Brach was traded to Baltimore in exchange for Minor-Leaguer Devin Jones, and reliever Miles Mikolas and outfielder Jaff Decker were traded to Pittsburgh in exchange […]Full Article 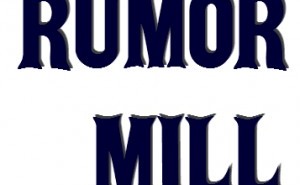 The Padres September call-ups continued in full swing Tuesday afternoon, after the club had announced that right-handed pitchers Anthony Bass, Brad Boxberger and Brad Brach had all been called ...Full Article

The Padres finally got the better of the Cubs in a fifteen-inning marathon yesterday. The game lasted just over five hours and luckily our hometown boys were able to ...Full Article

About the only good thing that the Cubs have going for them right now is some core young guys that should make them better in the future. The same ...Full Article

After arguably the worst start of his career, the San Diego Padres have cried “uncle” and designated starting pitcher Edinson Volquez for assignment. Volquez, 30, was acquired in a ...Full Article
1 2 3 4 5 6 7 8 9 10   Next »
The Friarhood Sponsors