Join the Congregation!|Tuesday, May 18, 2021
You are here: Home » Fautino De Los Santos

The Padres had a few flaws show up during the Tampa Bay series. First was that they had trouble holding a lead late in the game and second was that they were striking out too much. Despite the strikeouts they were still able to put runs on the board and make a game out of […]Full Article

The Padres played under the lights last night as they went to Scottsdale to take on the Giants. Freddy Garcia took the hill and looked to make up for ...Full Article 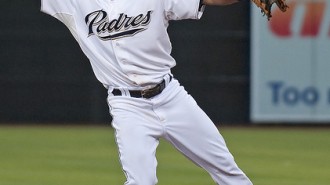 Two Padres in addition to Yasmani Grandal have surfaced in connection with Biogenesis of America clinic ran by Anthony Bosch.  ESPN is reporting that shortstop Everth Cabrera and recently ...Full Article

There are some enticing pieces to share with you all today. Padres have claimed a new pitcher, who has some decent stuff (just not the greatest numbers). Also we ...Full Article
The Friarhood Sponsors