Join the Congregation!|Sunday, December 6, 2020
You are here: Home » Matt Wisler 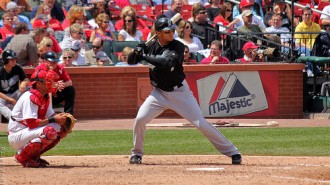 Stanton is a Go

I know, I know, you’re probably tired of hearing about Giancarlo Stanton being connected to the Padres…honestly, I am too. There’s been talk about them possibly being interested in ...Full Article

The Missions are now the only Padre minor league affiliate that is playing in the postseason. The Missions won their first game against the Travelers as Matt Wisler pitched ...Full Article

The good news is the Padres managed to win a series. The bad news is that the final game of the series against the Giants was horrendous. The pitching ...Full Article

The minor league playoffs have rolled around, and the only qualifying teams were the Missions and the TinCaps. The Missions lost and the TinCaps won tonight, but both teams ...Full Article
« Previous   1 2 3 4 5 6 7 8 9 10 11 12   Next »
The Friarhood Sponsors