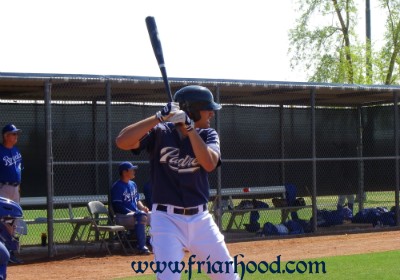 One of the top hitting prospects in the Padres organization, Nate Freiman was selected by the Houston Astros in the Major League portion of the Rule 5 Draft.  Freiman was a mid-season and post-season All-Star in 2012 for the double-A San Antonio Missions. At 6’7” 225, Freiman is a beast of a man and swings […]Full Article

The Padres selected two players in the Triple-A portion of the Rule 5 Draft.  3B Diego Goris (21) and RHP Federico Castaneda (28) both from the Kansas City Royals ...Full Article
The Friarhood Sponsors