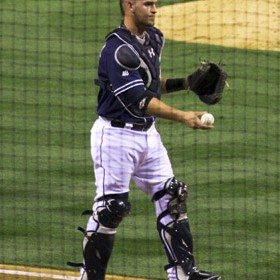 After signing Nick Hundley to a contract extension (3years/9M) and trading Wade LeBlanc for John Baker it appeared that the Padres were on solid footing heading into 2012. Although Baker proved to be a solid backup, Hundley struggled. After putting up career highs in 2011, Hundley was never able to get on track in 2012. […]Full Article
The Friarhood Sponsors